In June, I usually take advantage of the break afforded by my academic work calendar and the summer weather to catch up on all the domestic tasks that piled up during the spring: house cleaning, yard work, and the like. I am joined at least part of the time by the rest of the family, with the kids settling into their summer routines. The four-legged members of the family (one dog and two cats) also contribute to family life by performing their own jobs: herding/supervising, hunting, and providing furry companionship and comic relief. So it was perhaps fitting that my third book of the summer addressed the theme of domesticity: How to Tame a Fox, by Lee Alan Dugatkin and Lyudmila Trut.

I admit I spend very little time thinking about foxes. They’re somewhat elusive (though they appear from time to time around my wooded neighborhood), very quiet (there was even a popular song a few years ago asking what sound a fox makes), and solitary. But check out this photo of a silver fox, which has a coat color variation of red foxes. Isn’t it a gorgeous creature? 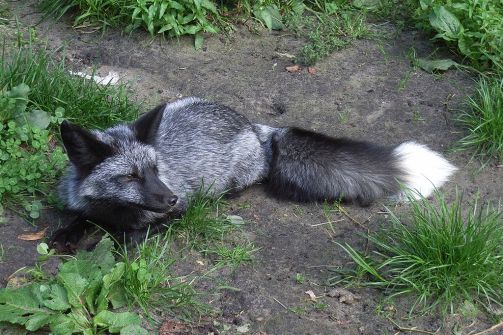 How to Tame a Fox is the story of a decades-long, ongoing scientific project in Russia—born from an idea of a scientist, Dmitri Balyaev, working within the fox fur industry—to try to domesticate foxes to understand the genetic basis of tameness and the relationships humans have created with other species of animals (and perhaps ourselves). Trut, the second author of the book, has been a leading scientist on this study for many decades. As both a pet owner and geneticist, I found the premise an interesting one. Could silver foxes, much like dogs before them, be tamed by humans? How long would it take? What changes would the foxes undergo? What genetic and physiological pathways would be impacted? Perhaps not surprisingly, given its topic (which is quite peripheral to my own scientific interests) and the geopolitical affiliations of the researchers, I had not heard of this study before reading the book. Apparently, I am not alone in my ignorance. (As a caveat, given the casual nature of my summer reading adventures, I have not delved into the references cited in the book to learn more about the science.) Overall, I found it a compelling story and a quick (albeit somewhat uneven) read for a general audience. In addition to the story of the foxes and the researchers themselves (and the cold of Siberia!), I took away several points to ponder a little further:

For a more about How to Tame a Fox, check out this review from The New York Times.

As I was finishing up my reading, a science news story this week described new genetic research into the history of the domestication of cats by humans. Unlike in the fox experiment, cats were domesticated thousands (not tens) of years ago. The new study, published in Nature Ecology and Evolution, highlights how cats were domesticated in the Middle East, during the dawn of agriculture, but also in Egypt, where they became part of the cultural history and from there likely spread around the world, especially through increased recent interest in cat breeding. Check out this written summary of the study or engaging video summary to learn more. 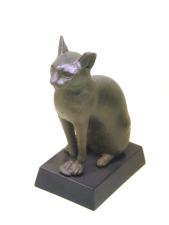 Another version of reporting on this story by National Geographic focused on how relatively undomesticated cats may have been for much of their early time alongside humans. Indeed, many cat owners likely have noted that cats don’t seem to be as dependent on their humans as dog companions, and have more of an aloof relationship with us in our homes. Cats are domesticated, but they don’t often seem to show they appreciate it. (Check out this piece in the New Yorker for some additional perspective about this topic.)

Genetics research continues to shed new light on understanding ourselves and our companion animals. As humans have bred cats, dogs—and now foxes—to suit our needs and whims, we can use our growing understanding of genetics to better appreciate the complexity of the traits each animal has. At its simplest, it’s a good way to apply the fundamental principles of heredity discovered by Gregor Mendel through his early genetic crosses with peas. For example, the Corgi breed of dogs (and their predecessors and mixes) has short legs because of a mutation in a gene that controls leg bone length (similarly to certain forms of dwarfism in humans). 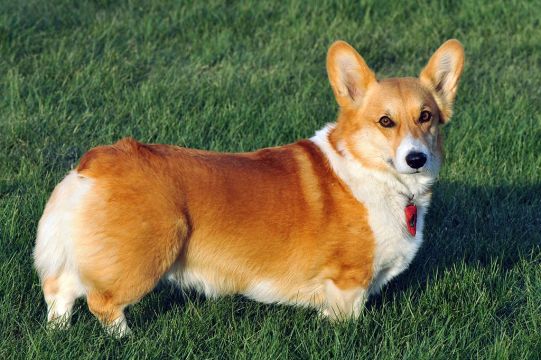 (See this article from Popular Science for more doggy photos and explanation.) Studying mutations in single genes helps us understand certain individual traits, but other traits, such as personality, may have more complicated genetic systems working behind the scenes. By studying whole collections of genes and the role the environment plays in coordinating genes and dialing their expression up or down a bit, which has been the focus of the fox domestication experiment, we’re gaining more insight into the nuance that makes the complete animal (and ourselves) so unique.

So, can we tame foxes? Apparently. Will foxes be the next big thing in adorably cute human companions? Perhaps. Future scientists and anthropologists will no doubt enjoy the story.

(Post edited to include a picture of a Welsh Corgi.)