During World War II, the availability of a newly discovered drug, penicillin, saved the lives of countless wounded soldiers who would otherwise have died from bacterial infections. The story of the accidental discovery of the chemical from bread mold that could kill bacteria has become legendary in science (read more about it here). Since then, we humans have become obsessed with killing bacteria in an ongoing war with human disease. But if you’ve ever taken an antibiotic, you may already be familiar with some potential downsides to this strategy: unpleasant side effects such as stomach upset, diarrhea, or secondary yeast infections often follow antibiotic use. And overuse of antibiotics has set up grim scenarios for a post-antibiotic era in human medicine (Here’s one take from The Atlantic about the problem.) In recent decades, it’s become clear that perhaps we were missing part of the story when it comes to human health. We can’t see the invading microbes that make us sick. Perhaps we also have been blind to all the other bacteria in our bodies and environments that coexist naturally with us. Through evolution, some of these bacteria have even become uniquely beneficial to human health. In recent years, much more attention is being given to these bacterial communities—microbiomes—that impact not only humans but also ecosystem health around the world. This is a topic I enjoy learning more about and teaching to college students in my classes.

Coral bleaching, where the relationship of the coral animal, algae, and bacteria is out of balance. CC BY 3.0, https://en.wikipedia.org/w/index.php?curid=32829631

Over the past year, I’ve come across several recent books about science, and I’ve planned to use some of my time away from teaching this summer to dive into them. So, first up on my list was I Contain Multitudes: The Microbes Within Us and a Grander View of Life, by science writer Ed Yong. I was particularly interested in starting with this widely touted new look at microorganisms and their relationship to animal biology. I was looking forward to seeing how the author would address this important and timely issue for a general audience. I was not disappointed. Yong uses his book to explore an impressively wide range of examples from different animal species to highlight various ways in which microbes have formed curious relationships with animal hosts (for better or worse). For example, the development of certain body parts of many animal species is directed by activities of microorganisms living within them.

One example he describes is that of a Hawaiian squid (Euprymna scolopes) that harbors a species of bioluminescent bacteria (Aliivibrio fischeri) in an organ on its underside. These bacteria create light that makes the squid less visible to predators from below. If young squid lack these bacteria, they lack their light organ and fail to develop normally (and the bacteria are deprived of a home, of course). Yong also highlights many insects and worms that rely on bacterial partners to make it past the larval stage to adulthood. He interjects profiles and interviews with the scientists doing these studies, which makes the research accessible to curious readers of all backgrounds. 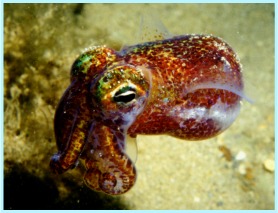 By Jamie Foster – Direct email from the author for the purpose of posting the image on Wikimedia/Wikipedia, CC BY-SA 3.0, https://commons.wikimedia.org/w/index.php?curid=29613423

Yong also discusses scenarios closer to home, perhaps, that impact human health. In human infants, early suppression of the immune system leaves babies vulnerable to disease, but this also promotes growth of diverse beneficial communities of bacteria in the digestive tract. Yong discusses how these bacteria digest breast milk sugars and produce certain compounds associated with fats that help lower inflammation, which is important in building a well-functioning gut and rapidly growing brain. While early vaccination is an important part of disease prevention, antibiotic use, C-sections, and commercial formula nutrition may each cause some disturbances in the proliferation and function of the normal flora that equilibrate our bodies for a lifetime of healthy interactions with the world around us, which is teeming with both benign and pathogenic bacteria. Yong also discusses some of the evidence supporting the “hygiene hypothesis,” which argues that by trying to make our environments too clean and devoid of all bacteria, we may be priming our immune systems for missteps, such as allergies to harmless substances. Having a pet in the house, for example, may introduce benign bacteria to a child’s immune system and help it learn friend from foe at an early age. (If this is true, then my family is winning—I routinely fight a losing battle with household clutter and pet hair!)

It takes only a quick look at the news these days to find ongoing research into connections between gut microbes and human health. For example, just this week while I was finishing the book, the New York Times featured an article called, “A Baffling Brain Defect Is Linked to Gut Bacteria, Scientists Say.” In this case, a genetic mutation in certain people causes them to be prone to blood-filled bubbles accumulating in blood vessels in and around the brain. If they burst, a stroke can result. Researchers were initially studying the faulty genetic pathway in these patients, but instead recently discovered that certain gut bacteria may be promoting the formation of these blood bubbles; the genetic mutation makes the condition more severe.

If we discover such problems, what might the solutions be? An antibiotic often might be an answer, but in some cases a probiotic might be better. Probiotics are substances that promote the growth of diverse communities of natural bacteria to outcompete the troublemakers and reset the body’s collection. One intriguing new approach under consideration in the blood bubble disease and other conditions involving an imbalance of microbes is fecal transplantation—providing the gut with a collection of bacteria taken from a healthy person’s poop. Yep. Yong discusses one of the most recent success stories for this approach: people who suffer from an infection of Clostridium difficile (“C-diff”), which usually results from a depletion of microbes in the intestinal tract and is associated with colitis. Few treatments are available to these patients, as antibiotics often no longer help. What they really seem to need is an intestinal reset: a repopulation of their gut with an appropriate balance of bacteria. Giving these patients a pill or enema containing bacteria from a donor’s feces accomplishes just this trick. What once was a somewhat distasteful, crazy idea in medicine has become more mainstream. For more information on this treatment, check out this overview from the Johns Hopkins School of Medicine. In the future, antibiotics and custom probiotics may become part of standard medical treatments. Yong does point out that humans are one of the few animal species that don’t eat excrement or lick our own bottoms (both of which certainly reintroduce gut bacteria through the mouth). Perhaps we are starting to take a lesson from our dogs…but in a smarter way, so we don’t introduce new pathogens to patients!

Our understanding of bacteria has drastically evolved in a short period of time in human history (a topic Yong also chronicles in the first chapters of his book). Before microscopes were invented, we didn’t even know bacteria existed. 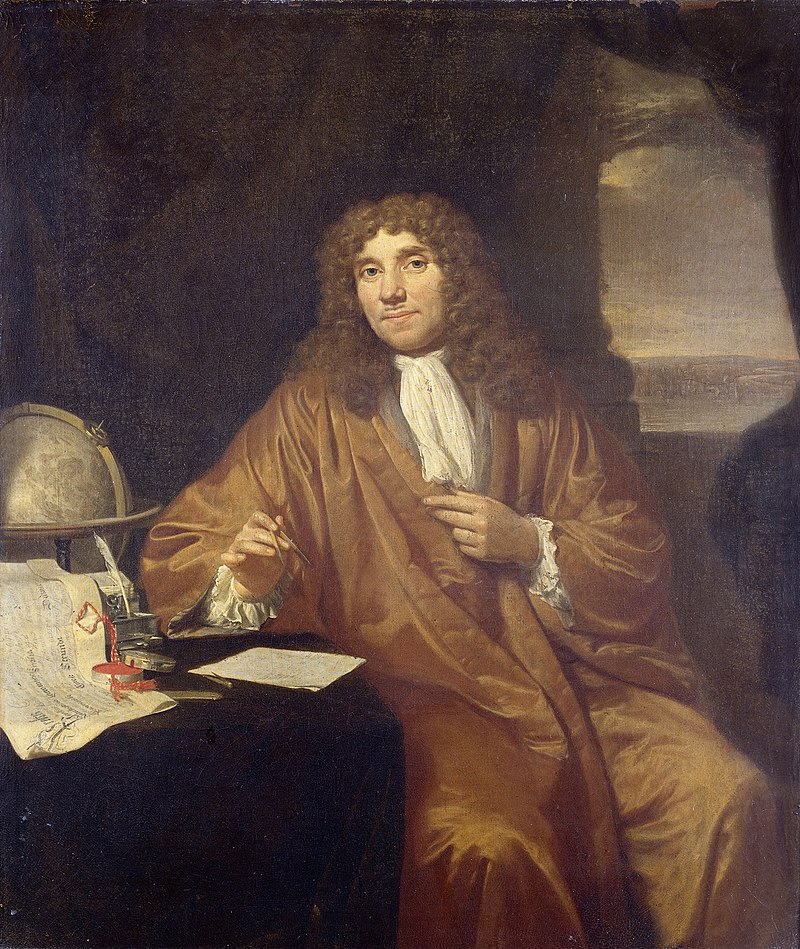 Then, we discovered some of them caused disease, so we came out swinging and drastically extended human lifespan. Now, we are learning we may need to temper the fight a bit, so as not to take out the innocent bystanders. The frontier? Perhaps it’s aiming to live in harmony with our bacterial communities as much as possible: developing new drugs to combat antibiotic resistance and fight disease when needed, but also fostering healthier living through more complete personal and environmental microbiomes. Yong addresses this issue at the end of his book by highlighting the work of several researchers who are combining microbiology with urban architecture for healthier living. One is Jessica Green, whom I had the pleasure of hearing at a public seminar a few years ago. For more on her vision of healthy human habitats of the future, check out her 2013 TED talk here.

One year ago yesterday, former President Obama’s administration announced the National Microbiome Initiative, which directed some of the 2016 and proposed 2017 federal funds for the National Institutes of Health (NIH), NASA, the U.S. Department of Agriculture, and other agencies to focus on microbiome research and applications. Partnerships with private and academic institutions, such as the Bill and Melinda Gates Foundation, were also launched to help researchers in different areas build collaborations in this joint area of scientific exploration. It’s exciting to know that the invisible residents of Earth (at least to our eyes) are starting to receive the awareness they deserve. Notably, NASA is looking for habitats in our solar system and beyond that might support microbial life, and the applications for global human health from biomedical research are seemingly endless. As with many areas of science, the more we learn, the more we find we have yet to explore.

I’ll end here with one final note. In his book, Ed Yong takes a moment to highlight something I did not know and what I found to be an extraordinary example of scientific celebration: a new museum has opened recently in Amsterdam, devoted entirely to the wonder of microbes. It’s called Micropia. Here’s their website. If I’m ever in Amsterdam, I know what I’m adding to my itinerary. How about you?